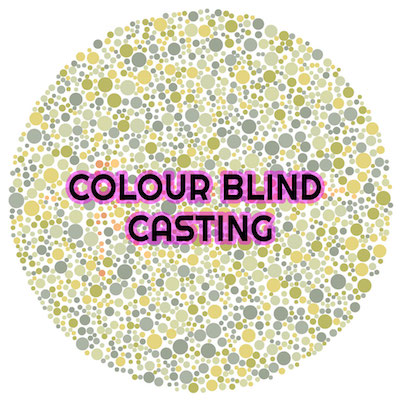 On the face of it things are changing in our industry, people of colour are being cast in more projects, we are seeing more families with same sex parents on our screens, there’s a more accepting view on sexuality and we even have a transgender character in a soap played by a transgender actress. Wow!

But scratch the surface and you’ll sadly find that the pace of change is glacially slow. If there is one glimmer of hope from this appalling Weinstein scandal it is that we can convert this hand-wringing introspection and self-flagellation into some actual catalyst for change. And change things must. And quicker too!

Yes, actors of colour are being cast, but often they are to meet the requirements of quotas, rather than being a first choice. The end result is that they end up playing small roles just to tick a box. It is no surprise therefore that there is such a brain-drain of our many British black actors to the USA. It seems that there they are given the chance on those interim roles that help build careers and ultimately land lead roles. But what about asian or South East asian actors? Sadly there are few opportunities for them to grow their careers that will help them in the UK.

By and large I don’t think that people are inherently racist, biased against disabilities or homophobic, but the whole process seems geared to exclude people who just don’t fit the mould for whatever the reason.

And we are all to blame for this and it starts from day one.

Scripts are often overly prescriptive about people’s looks and racial descriptions surely somebody can be 6ft 2″ tall and handsome without being 6ft 2″ tall, handsome and blonde for example. And if a writer selects the race of a character it is often very stereotypical: a security guard doesn’t have to be black for example, but they often are. We need to develop projects with a more sympathetic and aspirational view of race and with non-stereotypical characters that are memorable and resonant irrespective of the colour of their skin, their disability or their sexuality.

I do get the fact that Producers and Directors are battered by sales agents telling them that they have to get bankable names for sales, and that there are only a limited number of such actors of colour, but they could proactively cast some of these amazing actors we have in the UK in other non-trivial roles. Then in a few years time we will have more choices.

Casting directors are not blameless and surprisingly neither are some artistes agents themselves some of whom need to think laterally when roles come up. But ultimately however much we champion certain talent we don’t have the final say. That rests with the Producers and Money Men (and yes sadly they are most often men)!

Ironically my view is that we don’t need to be focussed on race at all. We just need to use the best talent irrespective of preconceptions about race, disablity, gender, the characters off the page and quotas.

Because it’s not as if it’s like this across the whole media industry – the world of commercials productions is now much more indicative of society. We now have positive black families, gay and lesbian couple and we even have a deaf actor selling Maltesers. Genius!

So I ask all my colleagues across fictional content production that when you write a character or approach casting for non-trivial roles or submit talent for jobs that you become colour blind and take off your blinkers. The talent is out there just waiting.