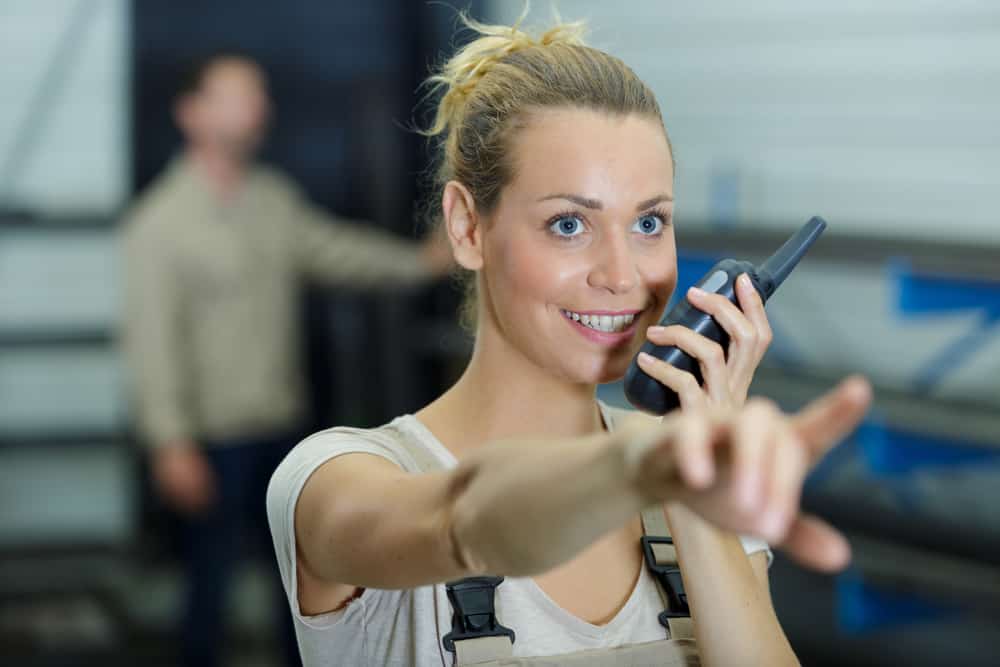 You’ve smashed the audition, researched your material, and learned your lines ready to step on-set for the first time, but as you peer into the studio to see the almighty crews, you start to feel a little nervous.  Worst still, they’re spewing slang phrases that acting school never prepared you for. It’s like GCSE French all over again!

This is the moment when you fear that they’ll find out you’re a fraud and that you don’t take the role seriously – I bet they wish they’d cast the woman with pretty, blue eyes.

If you’re feeling anything like this, then firstly breathe. No, really take a few breaths.

Are you feeling better?

It’s easy to forget that we all start from scratch and I’m sure there are many people on-set who are feeling exactly as you are, but if you want to get one step ahead and make yourself feel more comfortable, here are twenty-five words you might hear thrown around by crew:

10-1 – Usually used as shorthand for walkie-talkies to announce somebody is using the bathroom, though talent also use this.

10-4 – Another one for the walkie talkie confirming the message is understood.

A.D.R – Automatic Dialogue Replacement. The process of re-recording dialogue in a studio after filming has been completed.

B ROLL – Cutaway shots to intercut with footage to add context – usually of props and location.

Circus – Where all the trailers are parked.

Crafty – Craft service, food and catering on a film set.

Dailies – AKA Rushes – Footage to be watched at the end of each shooting by the Director and Producer.

Flying In – When a person or object is on the way to set.

Last Looks – Final checks of actors and set equipment before filming begins. Called out by the 1ST AD.

Magic Hour – The magic hour is the hour before sunset when natural light is at its best and the sky is golden.

Scripty – The nickname for the script supervisor on set, whose job is to ensure continuity and accuracy to the script.

Sides – Script pages of the day’s scenes to be shot, in shooting order, usually printed onto A5 paper.

Squib – A small explosive device, often attached to an actor to give the impression of them being shot.

Striking – Removing something, a light, a box, a horse, an actor.

The bottle/barrel – The lens of the camera. “Don’t look down the bottle.”

Video Village – The place where the monitor goes on set, and where the director and crew watch the footage being shot.

Wrap – This indicates the end of the filming day.

Juicer – AKA Spark is an electrician.

Print – is a term used by the director to specify which take is the best in a sequence.

Pagganinis – AKA Pags are stepped boxes to alter height.

But what’s the point of all this Nicci?!

Good question. Well, crew members have developed these terms over the decades to develop efficiency as they power through their long Shot Lists. You may find yourself waiting around a lot as an actor, but rest assured there is a lot going on behind the scenes. This nifty terminology helps to speed up the process and strengthen the team. After all, communication is key.

Don’t feel you need to know all the vocabulary regarding props, crew and directions, no one will expect you to. Over time you’re bound to soak in the new environment and there’s nothing quite like throwing yourself in there and getting involved. And don’t forget it’s perfectly okay to ask questions!

You’ve made it this far so it’s clear there’s someone out there who believes you’re the person for the job so congratulations and enjoy the ride.