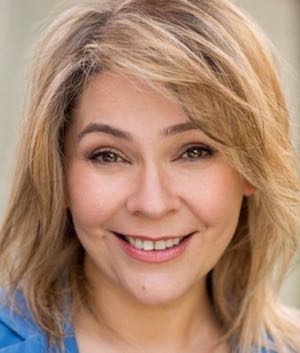 How did you get into acting?

I always wanted to perform even at an early age I was standing on my grandparents coffee table singing Lina Zavaroni songs!

I wasn’t good at school work as I was dyslexic, but I used to really enjoy doing the school plays so I think my love grew from there.

What were your challenges of becoming a TV actress.

I think the biggest challenge was believing in myself.

When I went into an audition with desperation and a mindset of “I really want this am I good enough?” I never got the part, but when I approached an audition as “This is the only chance I’m going to get to perform and want to enjoy it” I got the part!

Actors Tip #1 – enjoy the process and believe in yourself!

How did you get on Hollyoaks?

It was definitely the right place at the right time! I was lucky enough to get an audition for the new family. We did a massive workshop day with lots of great people there and although I thoroughly enjoyed the day there was so many established actresses there I didn’t think I would get the part.

But… I looked like I could be Michaela’s mum and I came from the same area as Holly Jay Bowes who played her so it all worked out.

Actors Tip #2 – However hard you work sometimes you need a little luck!

On Hollyoaks you play Myra McQueen which is a great comedy part did you always see yourself as a comedy actress?

Well, when I first started Hollyoaks, as she was a bit mean and gross I got a lot of directions of how to play her, which was a little confusing. But it wasn’t until I revisited my audition that I realised that I brought some of myself into the part – that little bit of cheekiness and light humour.

The funny thing is I saw myself as a serious actor LOL. In fact when I was at university we had a news reading presentation project to do and they all fell about laughing as my delivery was so dry they couldn’t take me seriously.

I really enjoy black comedy; for example in “the shadow” storyline even though my part was serious nobody could keep a straight face  – it was the funniest thing and one of the best times on the show for me.

Actors Tip #3 – bring something real from yourself to the part

Is it more of a challenge doing straight drama than comedy for you?

It isn’t so much a challenge, but I do get real pleasure from doing something a little bit different to the norm of dramatic, sad or serious stuff.

And yes I especially love those comedy scenes as it does come really naturally to me. These scenes also give me a chance to flex my other acting muscles and enable me to create characters that are multi-layered.

Actors Tip #4 – Keep doing different things and mixing it up – a character is never just bad or sad, they have many different levels

Is Hollyoaks your dream job?

Well I have to say it’s an absolute dream working with the beautiful people not just in front of the camera but also the crew and the production staff – everyone there truly is a family and a team and we look out for each other!

Although I have left a couple of times it feels like a favourite comfortable sofa that you can’t help but enjoy sitting on. So even though there is a new fancy purple chair, you sit on it for a while and enjoy it, but the comfy sofa is still your favourite. I’ve been lucky enough that they have allowed me to do other projects. I really enjoyed the musical I did recently – going back to theatre was a refresher a challenge and a pleasure.

Actors Tip #5 – Whatever project you are on whether it’s a film, TV, theatre or even a commercial always look out for each other you are a team

Do you feel that there is snobbery regarding soap actors?

I think soap in general is pigeonholed whether or not someone has actually seen it!

Soap is about escapism. There was a time when soaps used to have a wedding once in a while, occasionally a birth and very rarely a death never mind a disaster, but they have definitely become much more fantastical with deaths, weddings and births now the norm. The demand for more and more hooks, drama and cliffhangers has resulted in much more of a fantasy then reality and this requires a heightened manner of acting.

Also in this post-MTV age the audience’s attention span is very short. If you look at Coronation Street 50 years ago the scenes could go on for seven minutes now you’re lucky if it lasts more than 2.

Soap does have its own style of acting which is different from a naturalistic drama. The challenge is to make sure you can get really attuned to the tone and style of the show and deliver that tone whilst keeping the character real and still making it your own.

What is the lifespan of a soap character?

I think it depends on what the character is. If it is a “bad ‘un” it is usually only there for a short space of time, maybe two years. But, then there are the other characters that they depend on being that familiar face that people tune in for to see what’s going on in their life.

Don’t you get stereotyped when you leave a soap – and do you even get any work?

Well, obviously there are some recognisable faces from soap in TV dramas that goes to show that the talent is there, it is just often hidden .

Quite a few actors from Hollyoaks have gone over to America and have landed regular parts including: Rachel Shelton(Brothers and Sisters), Emmitt Scanlan (Guardians of the Galaxy), Natalie Emmanuel (Game of Thrones, Fast and Furious 6 & 7, Maze Runner), Ricky Whittle (Mistresses, The Hundreds, American Gods), Barry Sloan (Revenge, Whisperers, Noah) and Emma Rigby (Once Upon a Time, Plastic) to name just a few.

So I think it depends on the chances that you take and the drive that you have to get to where you want to go and what you want to be.

Actors Tip #7 – always strive to get to where you want to be.

What do you see in your future?

Family has always taking priority with me and now my children are getting older I feel a little bit more freedom to go after things that are more risky and challenging. As an actress you never know what the future holds. So I would definitely like to do some TV dramas and old fashion sit com, films maybe even directing.

Do you think there are more leading roles for women in acting now? Has it changed?

I think in soap there has always been leading women especially in northern soaps and dramas. In film and theatre I still feel it is male dominated. This has to do as much with the writers, directors and casting agents perception of who a doctor, consultant or a police person is even in the smaller parts sometimes when a specialist in something is mentioned immediately think it’s a man to be cast.

I think maybe women have to question themselves to as to what truly represents us within society.

What final advice would you give to up-and-coming actors.