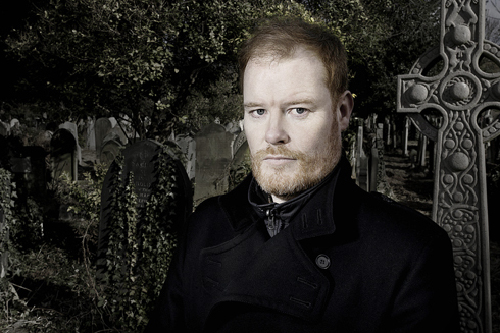 I’d like to welcome film and commercials director Pat Holden to this week’s blog. I have worked with Pat on  a variety of projects from the award winning Resident Evil commercial  to the much acclaimed horror feature film When The Lights Went Out and many more in between.

So when I wanted to get a directors perspective for my blog I immediately thought of him. Pat is always great to work with, but  I was really impressed with his way of working wth the young cast, both supporting them and helping them really connect with their characters in When The Lights Went Out.

1. How did you break into the industry?

I started off working in advertising, before directing shorts, then ads and then movies

2. What were your challenges?

Film is a long game and you need to really hang on if you are to survive — the ups and down are hard to navigate sometimes.

3. What was your first directing job?

Someone who is emotionally connected to the character rather than just giving a performance. Spontaneity. Taking risks. Energy.

5. How do you think the industry is changing?

It seems the business is becoming very polarized between big franchise movies and smaller stuff/indies with the space in between filled by some very high quality and intriguing TV series. The mid budget film is almost dead.

6. What are your ambitions and goals for the future?

I’d like to write and direct stuff that means a lot to me personally and hopefully changes peoples awareness of the world.

The immediate post war generation who were all about other people rather than just themselves. I’ve lived through the ‘me’ generation and am becoming less and less enamoured with it. I think things are coming full circle towards a more altruistic society..

Toss up between John Voight and Paul Newman. Nowadays I like Roman Duris, Luiz Guzman and many others… we aren’t short of good thespians!

9. Who is your favourite director and why ?

10. What do you do to chill out when you’re not acting?