As part of my mission to de-mystify the casting process, today’s blog is part one in a series of blogs focused on helping  filmmakers cast low budget feature films.

I hope to be able to pass on hints and tips across the whole process from identifying cast, to running casting sessions, maximizing auditions and working with agents.

To kick the series off the first blog is about…

Are you sitting down? Good because I have some bad news for you. Although you might have a passion for your project that is hotter than the surface of the sun, I’m sorry to say, the chances that Leo and Keira will be equally excited and jump on your sub £1m project are infintesimally small. There I said it.

Sorry to be shatter your dreams, but If I had a tenner for every time I had been approached by the producers or directors of low budget movies with unrealistic casting aspirations then I’m sure I could have financed my dream low budget feature “The Full Blair Juno Monty Witch Dynamite Activity IV.”

Going after such talent is rarely successful and the only thing you attach to your project is shovelfuls of frustration, and not only that it also wastes time. Although time might not mean money in a low budget film where everybody is investing ‘sweat equity’, the constant rejection can sap your motivation.

Yes ‘A listers’ will sometimes board low budget independent movies ( Spoiler alert: Bear in mind that not all people have the same definition for low budget!), but they usually will do it with established directing and producing talent and the project will usually ALWAYS have distribution in place and be #gongfodder.

I don’t want to labour a point (actually I do) but film is a risky business so why would their agent even send their “Special One” a script for a project that is so embryonic and unlikely to happen never mind recommend it. Also they are well aware that you probably need their “Special One” to even finance the thing. Agents are getting approached ALL the time regarding their A and B List clients and so often move into gatekeeper mode protecting their clients from less solidly packaged projects. And even if you have an “in” to the talent directly and try to bypass the agent (I was once casting a project where the director had an in to Pierce Brosnan through his HAIRDRESSER in LA!!) all roads will lead back to the agent anyhow to ‘do the deal’and if you have pissed off the agent in the process by trying to get round them, well good luck!

If you do have a solid “in” to the talent, then at least let the agent know that you have been discussing the project with them. It’s only courtesy.

The agent needs to TRUST the producer that the project will happen and there is a good chance it will be a success (nobody wants a failure obviously) and the actor has to TRUST the director that they will provide a secure space for them to weave their magic and help them deliver their best performance – after all that is why you want them on your project isn’t it… isn’t it? It’s not to try and help finance your film surely?

Obviously I am being glib and one shouldn’t underestimate the industry’s need for names to help with your pre-sales and marketability (especially with sales agents), but all I am saying is that it is not the be-all-and-end-all and focussing on trying to attach household star names can ruin many a fantastic project – I know I have been there.

So what do you do then? Well, if you are a really low budget project where there is little chance of pre-sales or distribution ahead of completion then your best chance of success is investing in the BEST possible actors for your roles. I can vouch for the fact that there are SO many incredibly talented actors out there – I know I audition them day in and day out – so why not take a different approach…

They might not be household names yet, but a project that crackles with superb grounded performances will probably have more chance of success than somebody who was once “somebody in this town” who is phoning it in.

And the project with Pierce’s hairdresser? Sadly there was more chance of him having a bubble perm than taking the role.

In this ongoing blog about being a casting director it is my intention to de-mystify the casting process for both producers and actors alike and offer advice and tips to help true talent get discovered.

However, I also want to use the blog as a forum for open discussion on issues facing our industry and how we can strive even further to offer great value and professionalism to our clients. Increasingly, the industry has become infiltrated with inexperienced people labelling themselves as casting directors which has sometimes tainted our profession. These people rarely have the relationships or have built trust with agents and clients both of which are vital to ensure that projects can be quickly and cast to professional standards.

My obsession with delivering high quality casting services in a professional and friendly manner has been a very important part of my “brand” and enabled me to be able to do the job I love and deliver excellent value to my clients for over 20 years. But I am not alone there are many other such diligent and quality obsessed casting professionals in the UK and we are all proud to be members of our wonderful trade association.

The Casting Directors Association (CDA) was set up in 2015 by two fabulous casting directors Tree Petts and Shakyra Dowling, primarily as a body for experienced and established casting directors to collaborate and follow a set of professional standards.

Tree and Shakyra established the CDA to promote professionalism and standards in the industry and provide a safe place for producers and creatives to vet and view professional Casting Directors (CDs). The CDA have made a huge impact in such a short time by creating a platform where CDs can obtain advice and support, built stronger relationships between CDs, the APA Equity/PMA and set up a code of practice and standards that professional CDs can follow.

They have also managed to achieve a great collaboration and forum for Casting directors. The CDA is moving in a positive direction, and for me It is a great honour to be the first Northern Casting Director to be accepted on the board.

If you are a CD please visit the CDA website to find out about exciting developments and news in the casting and film industry, and join to get your voice heard.

I would also love you to subscribe to my blog so I can also keep you up to date with advances in our thinking and comment and participate and help shape us the future of the industry .

We're hitting the tarmac to bring our own brand of Casting Workshop around the UK and Eire from February 2019.

Learn my secrets from Behind The Casting Couch! 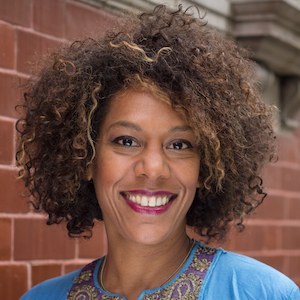 Welcome to my blog.

Hi, my name is Nicci Topping, I’m a casting director and entrepreneur with a passion for my job and a zest for life.

I have been lucky enough to have been a professional casting director for almost 20 years and worked with some amazingly talented actors, directors and producers and some wonderful agents.

I would love to hear from you and get your opinion on the industry we all love. Please participate by tweeting or replying to the comments under each blog post.